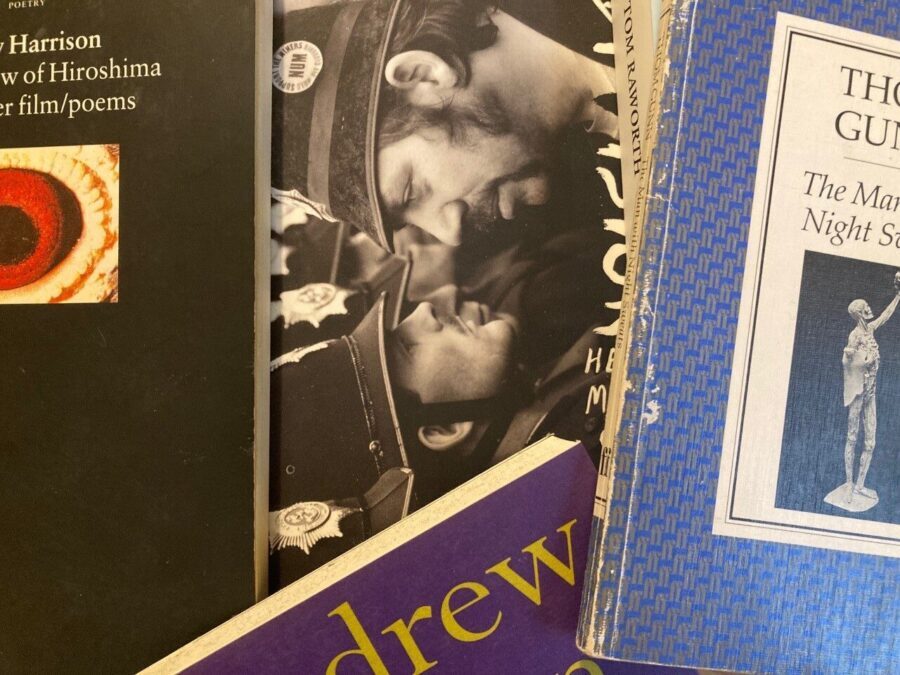 Contemporary British Poetry in the Long 1980s: From Deregulation to Self-Regulation

In the introduction to his collection of essays The Deregulated Muse (1998), poet and critic Sean O’Brien draws a connection between the “variousness of contemporary poetry” in Britain, “[which seems] to prevent, or [at] any rate dispute, the emergence of a dominant line”, and the political movement of “deregulation”. O’Brien suggests that the 1980s neoliberal turn in Britain partly redrew the map of British poetry, widened the range of poetic creativity and, at the same time, significantly dismantled the landmarks traditionally used to appraise the “value” of poetry. This conference is an attempt to assess this turn and trace its multiple (and often contradictory) developments in  poetic writing in Britain since the 1980s.

Many critics have delineated the story of British poetry since the late 1970s as one of increasing openness. A case in point regarding that narrative is Terry Eagleton’s assessment of the 1980s for the Poetry Review during which he sees “the marginal becom[ing] somehow central”. O’Brien alludes to the increased accessibility of poetry produced by unheard or marginalised voices in Britain in the 1980s and early 1990s: regional voices, poetry by women as well as poetry by Black and Asian British poets become less invisible in the period, while resistance to the conservative backlash of the 1980s and its social atomisation encouraged more overtly political poetry. Introducing their 1993 anthology The New Poetry, Michael Hulse, David Kennedy and David Morley identify and praise “pluralism of poetic voice” which they associate with Britain’s increased awareness of its multiculturalism. In 2012, Fiona Sampson’s Beyond the Lyric, A Map of Contemporary British Poetry picks up this narrative, describing a period “of tremendous richness and variety”, but also suggests another narrative, that of an alignment with North American verse with the importation of high profile North American BAME poets, a  rapid growth of prose poetry and a shift away from lyrical forms to the long-line.

Besides, the development of new technologies, especially since the turn of the millennium and the development of the Internet, has opened  up new venues for poetry besides the stage and the page. How far, if at all, has this transformed the composition, transmission and reception of poetry? Spoken word, performance, digital or video poetries have flourished on social media and on platforms like DailyMotion and Youtube, thus increasing the readership and audience  of poetry in the UK in the past few years. The presence of poetry online has also enhanced its role in public discourse, especially in response to major crises (much like American poetry): terrorist attacks, Brexit, the MeToo movement, the Grenfell Tower  fire, or, more recently, the Covid-19 pandemic.

This increased public presence of poetry from the 1980s onward seems to tally with the imperatives of the market and the necessities of self-promotion. As the sheer quantity of poetry published increases, the by-product of this focus on diversity has been an erosion of the consensus regarding what constitutes an authoritative voice. Can the development of poetry prizes be understood as a response to this phenomenon? Do they provide an adequate platform for formally innovative poetry as well as smaller independent publishers and presses? In the same way, have public poetic roles, such as the Poet Laureateship or the Oxford Poetry Professorship, allowed for a persistence of canonical or authoritative figures?

While Thatcher proclaimed that there was no alternative (TINA) to economic liberalism, poetry seems to have produced alternatives only, an increasing range of aesthetic alternatives. Are we today still living in the wake of this 1980s aesthetic turn? Where have new poetics emerged? What significant formal innovations—in terms of diction, prosody or rhythm—have been produced by this “deregulation” of British poetry? Has the questioning of all forms of poetic authority and centrality led to a self-regulation of the various parts of the poetic scene? Has this in turn led to more innovation, and poetic freedom, or, on the contrary, has it created more pressure for poets to keep to their own corners of the poetry market?

This conference seeks to explore what happened to the poem since deregulation happened. We welcome proposals for 20-minute papers in either French or English from any critical or theoretical perspective, on any aspect of contemporary British poetry and / since the 1980s, which may include but are not limited to the following:

Please submit your abstract (a title and 300-word abstract) along with a short biographical note (100-150 words) by 17 October 2022 to all four organizers:

This conference is funded by IMAGER (UPEC), VALE (Sorbonne Université), CECILLE (Université de Lille) and LARSH (Université Polytechnique des Hauts de France). Attendance and participation are free of charge but please be aware that we cannot offer grants for participation.